Saying Less Is More In Baseball Play By Play

Remember this post from two seasons ago? How many TV baseball play by play guys would handle this culminating moment the same way, with such control and professionalism?  Give it some thought..... 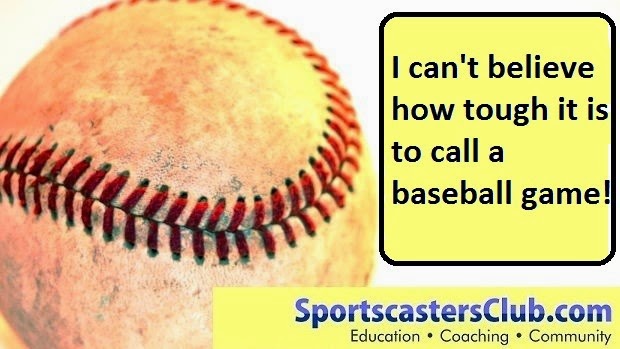 The goal of the play by play broadcaster is to bring the listener into the game, so to speak. The great Marty Glickman used to say he wanted the viewer/listener to “feel” as if they were sitting next to him at the game. Let them experience every emotion along with each fan in the stands.

On last night’s final pitch, Mets TV play by play man Gary Cohen exuberantly declared that Santana had completed the first no-hitter in Mets history…..and then he shut up! For 64 seconds he said nothing. (I timed it with my DVR and iPhone) Also silent were Keith Hernandez and Ron Darling, his broadcast partners. Whether it was planned or not, it was masterful broadcasting.

As I watched Santana being mobbed by his teammates, I felt as though I was in the stadium. I didn’t have some obnoxious loudmouth yelling in my ear. It wasn’t about the broadcaster, it was about the moment. Because of the words they didn’t say, it was a wonderful moment for me, the viewer.

When I called the final out of the Hudson Valley Renegades New York Penn League title in 1999, I tried to employ much the same tactic. After an excited description of the game’s final pitch (a strikeout), I let the crowd fill the broadcast air. On radio I didn’t let it go 64 seconds, but surely for 10 or 20 my listeners heard a jubilant crowd and fireworks filling the air. Gary Cohen I’m not, but I’m proud to say I learned a thing or two from Marty Glickman.

How many broadcasters would have let us enjoy that moment by saying nothing?
-----
SIGN UP for our FREE posts directly to your email inbox!